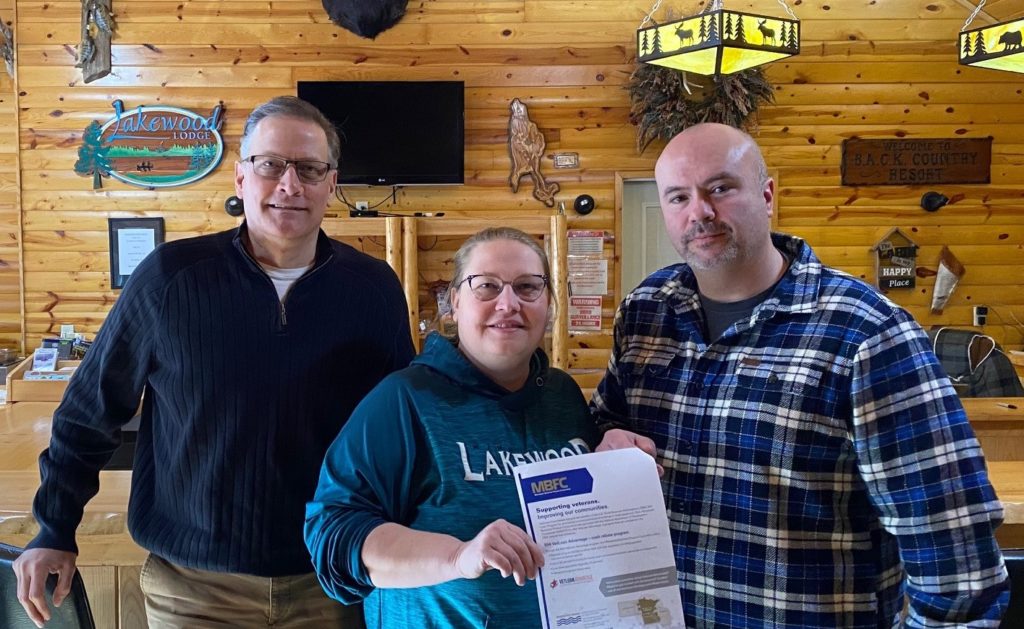 MBFC awarded a VetLoan Advantage Rebate to Aimee and Preston Osborne, Owners of Lakewood Lodge in Deer River, MN. The rebate was presented to the Osbornes by Terry Stein, VP Business Development Officer (pictured below). MBFC is proud to be the only certified development company in Minnesota to offer a rebate to business owners that are active or retired members of military service.

The Osbornes used the SBA 504 Loan program through MBFC to purchase a resort property on Sand Lake in Itasca County that has been established since 1917. Gordy Winzenburg of CMG Finance referred the project and the third party lender was Dan Nygaard, of BankVista (both are MBFC Members and Board Directors). For more details about the fantastic resort property you can click here. 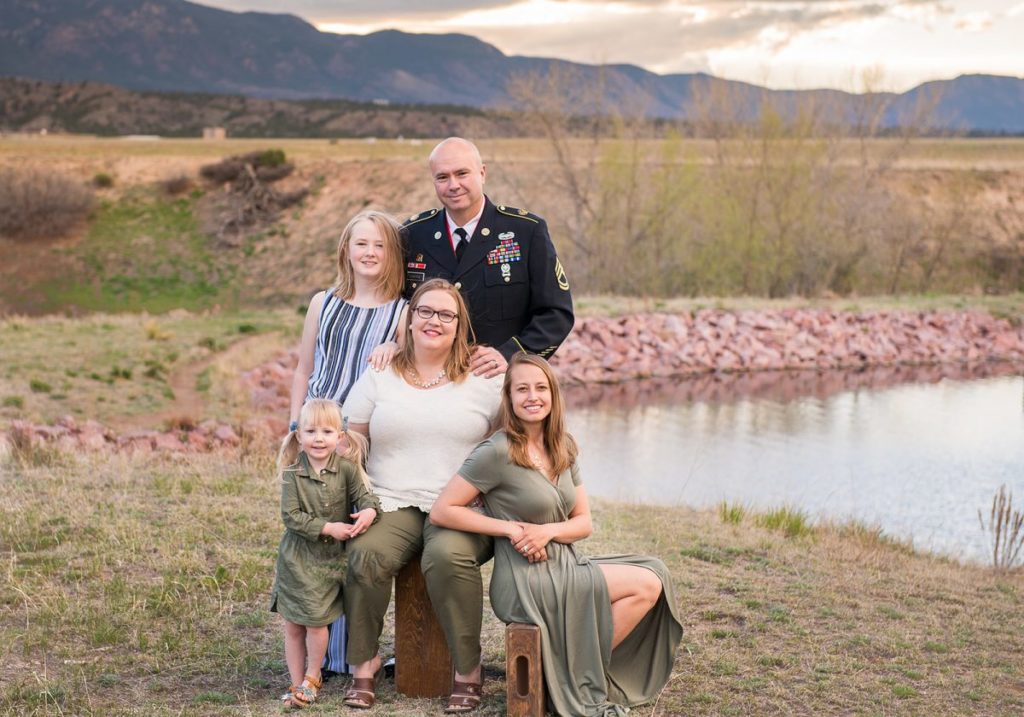 Preston and Aimee both served in the United States Army. Aimee served from 2000-2004, as an ammunition specialist in the 1st Calvary Division, Fort Hood Texas. November 2001, after 9/11, Aimee was deployed in support of Operation Enduring Freedom. This deployment lasted until May of 2002. While training for another deployment in Operation Iraqi Freedom Aimee severed all her ligaments in her ankle and became disabled.

Aimee continued to serve next to Preston in many volunteer roles over the next 15 years to include Family Readiness Leader, Community Major of the housing village and leadership roles within the Fort Carson Spouses club. All of which are community outreach organizations to improve soldier and family quality of life.

Preston Served from 1998-2020 as a US Army Calvary Scout. Preston retired as a Sergeant First Class, Calvary Scout, and Master Gunner. While serving in the US Army Preston went on 5 Deployments: Albania, Iraq twice, and Afghanistan twice. His longest deployment was 18 consecutive months.

Preston has earned many awards and distinctions through out his military career to include a Bronze Star Medal, Meritorious Service Medal, 11 Army Accommodation Medals and Combat Action Badge. While serving as a Calvary scout he has done an array of positions and gone to many schools to include Sniper school, Senior Leadership Course and Master Gunner School (All of which he graduated with top honors). He has held such positions while serving as; Squad Leader, Platoon Sargent, Squadron and Brigade Master Gunner. Preston has served all over the Country and World.

MBFC would like to specifically thank Military Veterans for their time and sacrifice spent serving our county. The SBA 504 loan program offers fixed-asset financing for business borrowers with below-market, long-term, fixed interest rates. For more information about the MBFC VetLoan Rebate program please call or email our MBFC Loan Officer nearest you!