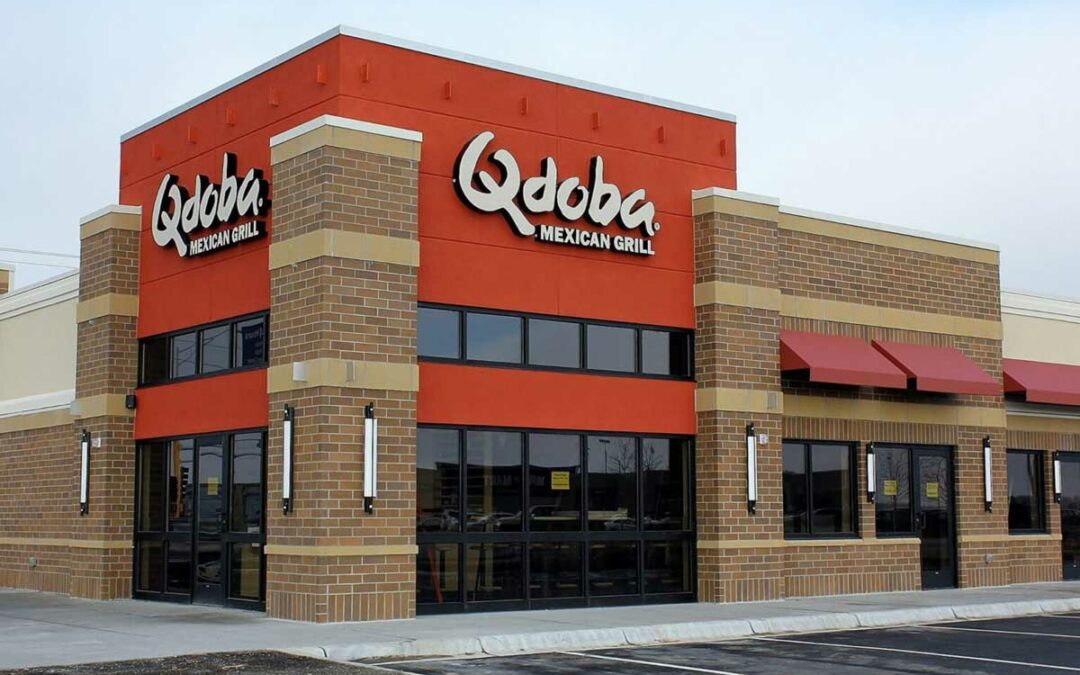 Mark Miller has been interested in the fast food and restaurant business for as long as he can remember. From a manager of the local Burger King in his hometown of New Ulm, MN to being franchisees of Papa Murphy’s in Willmar, MN with his wife, Leigh, Mark continued to share his passion with his community. It was not until 2012, however, that Mark and Leigh heard of an opportunity to purchase and bring a Qdoba franchise to Willmar, MN. This opportunity sparked the first of many franchise journeys that the husband-and-wife duo would embark on together for years to come…

“Working as Burger King manager is where I really learned my chops. The New Ulm market is a tough market and I learned through trial by fire. I used that information to my advantage when I started with the Papa Murphy’s franchises and then, ultimately, Qdoba. It’s just all fallen into place from there.”

Mark and Leigh found the perfect space for their Qdoba franchise located right in front of the local Walmart – a piece of land where they could build a facility to house both their Papa Murphy’s and Qdoba in Willmar. To help with the financing, the Millers worked with Prairieland EDC and North American State Bank (now known as Kensington Bank) to utilize the SBA 504 loan program – a program offering up to 25-years of financing at a fixed, below-market interest rate and low down payment. Through the program, the Millers were able to purchase the land and construct a building to meet their needs at financing terms that made it more affordable.

“When my banker told me about the SBA 504 loan program, I thought it was perfect…and working with Prairieland EDC for the program really put me at ease.  When you think of the SBA, it can sound overwhelming. Prairieland EDC showed me that their team, along with the SBA 504 program, are on my side.”

Since 2012, Mark and Leigh have worked with Prairieland EDC to utilize the SBA 504 loan program three more times, bringing Qdoba to Hutchinson, St. Cloud, and Waconia, MN. They have also opened up Qdoba’s in four other cities in southern Minnesota and received an unbelievable amount of support from all eight communities throughout the past decade, particularly throughout the COVID-19 pandemic. “This year has been a challenge, but fortunately we were spared the angst and stress that many in the restaurant industry have experienced and were able to continue operating. Mark explained. “While we’ve experienced a loss in revenue due to the lack of catering, we’ve been surprised at just how many people that ordered takeout or curbside pickup to support us during this time.” Mark and Leigh were even able to open another store in Austin, MN in the midst of the pandemic and had great support. The Millers took advantage of the PPP Program, which helped compensate for those loss in revenues and continue to maintain their staff.

But what is Mark and Leigh’s secret to success? Their entrepreneurial journey is led by one key motto: “Do what makes sense.” The Millers have taken their business ventures one step at a time, ensuring that the outcomes outweighed the risks and taking opportunities as they come. And getting to make these decisions and be their own bosses has become their favorite part…

“I love being able to be my own boss, set my own rules, and make my own schedule. Can it be hard? Yes. But it is fun figuring out how to make my business grow. People learn by making mistakes…and that makes you bold enough to try new things. Then, you can watch it grow!”

To eat at your local Qdoba today, visit https://www.qdoba.com/locations.